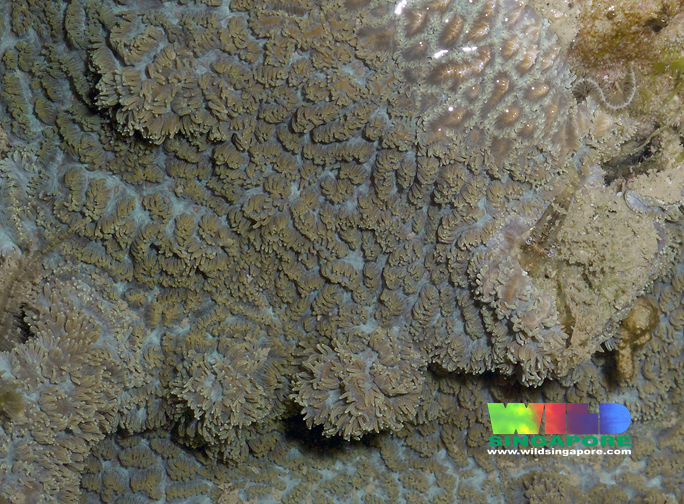 Hydnophora exesa (Spine Coral) is a species of cnidarians in the family Merulinidae. They are listed as near threatened by IUCN and in cites appendix ii. They are found in marine habitat. Spine Coral form marine reefs. Dead Spine Coral form shallow marine sediments. Individuals can grow to 348 µm. They have asexual reproduction, alternation of generations, and sexual reproduction; they are broadcast spawners and hermaphrodites. They are sessile animals.

EOL has data for 40 attributes, including: