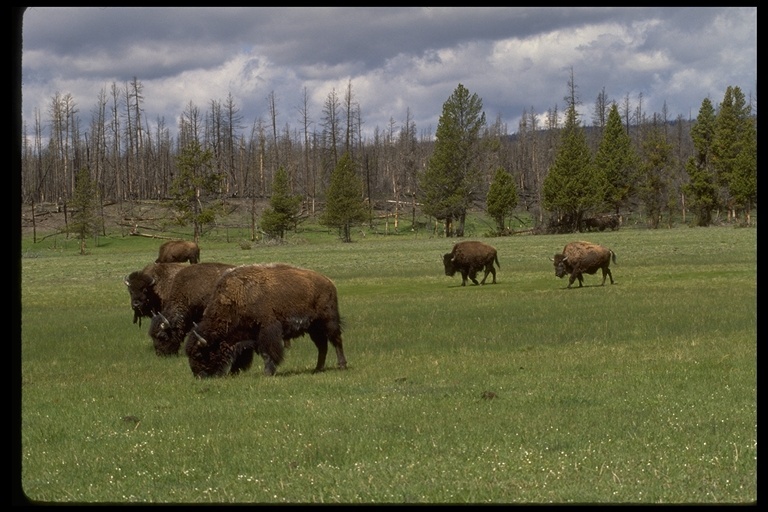 Bison bison (American Bison) is a species of mammals in the family Bovidae. This species is extinct. They are listed as near threatened by IUCN and as of special concern by COSEWIC. They are native to United States and The Nearctic. They are diurnal herbivores. Individuals were known to live for 396 months and could grow to 2849.24 mm. Reproduction was viviparous. They have parental care (female provides care). They rely on running to move around.

EOL has data for 69 attributes, including: